What to do About Squash Vine Borers ~ A Profanity Laden Rant

The main problem with growing squash down here is the squash vine borer.

The squash vine borer moth is a nasty little bastard that lays it's eggs on the stem of squash where they hatch into caterpillars that look like maggots, burrow into the stem, and start eating from the inside.  As they grow they eat more and as they eat more they grow, this cycle reaching critical mass when they internally decapitate the plant.  While you are standing there aghast, mourning your wilted and collapsed zucchini and cussing enough to make a sailor blush, that freaking little shit is dropping out of the stem and burrowing an inch or two into the soil, where it will pupate and turn into that asshole moth that started this whole damn thing.  Fuckers.

They're especially nasty little things to deal with since they're cunning, laying their eggs on the undersides of stems where you may not see them.  They're tiny enough, about the size of the head of a pin, so are hard to see in the first place.  Add in their tendency to lay them on the undersides and it makes for a very hard-to-spot enemy.  Some people do vigilantly look for them, especially spotting the ones laid on the sides or tops, and dispatch them, so I think those overachievers are helping to breed smarter borer moths who consistently lay them underneath, hiding them from the rest of the slackers us. 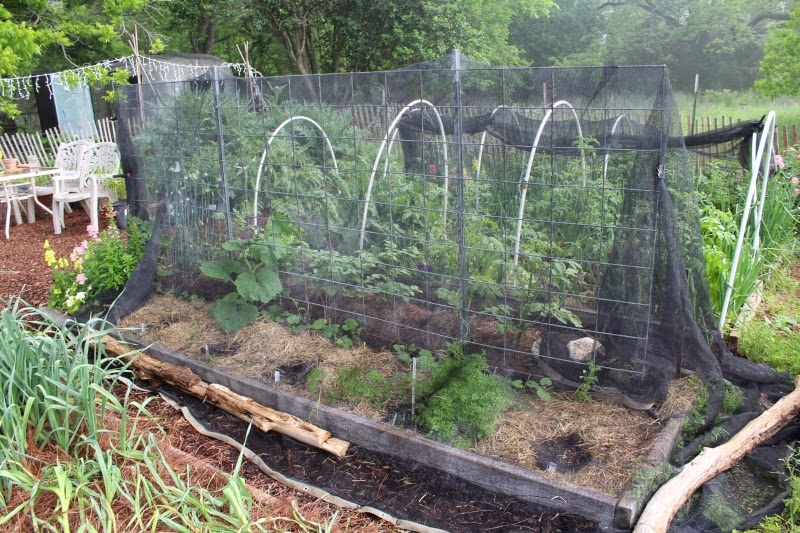 Even as adolescents they're juvenile delinquents, hiding from the light of day like roaches, holed up inside the squash stem where you, dear gardener, will never see them until they've laid waste to your plant.  Even if you know what to look for - crackly, scar-covered holes in the stem with "frass" coming out of them - you may still miss them.  (Btw, "frass" is a fancy name for caterpillar shit, and in this case it looks like wet sawdust.  Wet sawdust from the nether regions of a BUG FROM HELL.)

They attack summer squash especially since those types of squash have a softer, more hollow stem, thus easier dining and more room for the developing larvae.  Winter squash, cucumbers, and other members of the Cucurbitaceae family usually aren't affected, but can be in especially heavy infestations.  So if, like me, you had every single freaking squash plant in your garden, INCLUDING the winter ones, taken down by these bastards last year, treat all cucurbits the same - cover them all.

And for God's sake, DON'T PLANT THEM IN THE SAME BED.  They're in the soil of the bed of last year's victims and will emerge right under any plants planted there.  So don't give them breakfast in bed.  Plant somewhere else.  (In the interest of full disclosure, here is where I have to put a note.  You know how I always tell you to keep accurate records?  Map out your garden, writing down everything you plant as you plant it, and keep that map 'til next year?  Last year I don't remember updating mine when I planted the squash.  Or if I did write that info down, I don't know where I put it.  Yeah.  So I hope I put this year's squash in the right beds. *sigh*  Those who can, do. Those who can't ...) 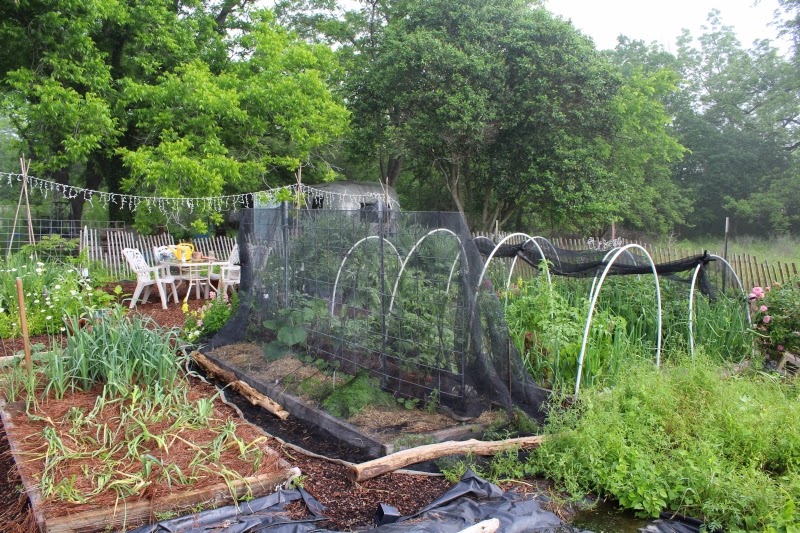 Covering from the get go really is the best way to do it imho.  You can try using Bt (Bt will work on them since the borers are caterpillars even though they don't look like it), but since they have to eat it, you have to make sure the entire exterior of the stem is covered at all times.  And don't forget those leaf axils (stems)!  They can and will get in that way, too. But getting Bt powder to stick on the underside isn't easy, and you have to reapply after every rain or overhead watering.  If you use the liquid you'll have to spray every couple days since Bt is only alive for 36 hours or so after mixing it with water, and it has to be alive when the caterpillar eats it.  So repeated sprayings would be necessary.  For months.  Bah.  Ain't gonna' happen here.

So, as soon as you plant those seeds or set out those transplants, cover the whole shebang.  Some say they don't hatch until May so you don't have to cover 'til closer to then.  Bullshit.  Maybe the main hatch is in May, but I've already seen one two weeks ago at work, which would put it during the second week of April.  Bosslady Bridget and I were checking out the new squash transplants in the driveway when she spied with her little eye a borer moth on one of them.  I caught it quickly and took it to the Info Desk where I showed it to everyone I could.  Know. Thy. Enemy.  And cover from the very beginning.

If you plant early in the year when the nights are still chilly, use heavy floating row cover to cover with.  It does double-duty, helping keep the seedlings warm.  If later, you can use lightweight row cover or some sort of mesh with fine holes, like the Haxnicks micromesh we sell at work.  I have some shade cloth Frugal Me brought home when they took it down from the annual house at work.  It's a fine mesh, so works well. 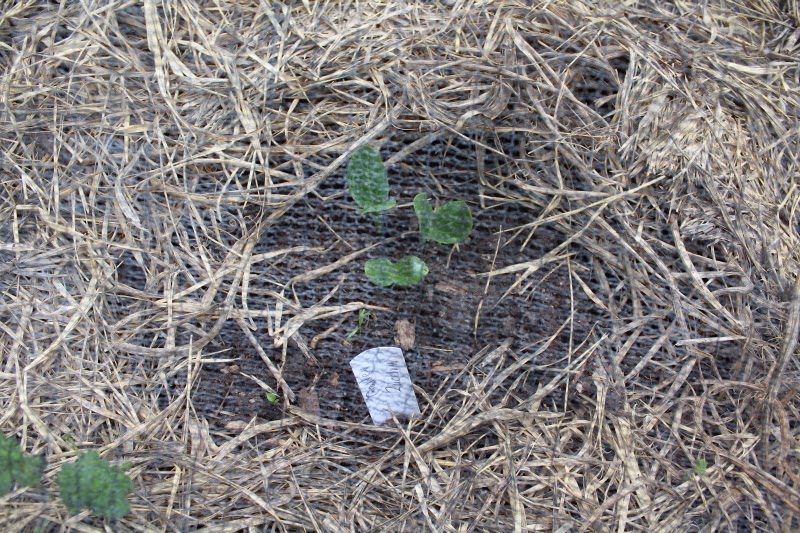 Leave them covered until you see female blooms.  Male blooms come on first, then the females follow a week or two later.  Males are a long, thin stem with the bloom right on top.  Females are a short, fat stem with a baby whateversquashyouplanted, then the bloom.

At this point, you have a decision to make: either hand pollinate or uncover and hope for the best.

To hand pollinate, pick a few male blooms, remove the petals, and use them like paintbrushes, swirling each inside all the female blooms you see.  For best pollination, you should do this around nine in the morning since that's the time when the pollen and the pollen receptors are at their best and most receptive.

I think hand pollinating every day throughout the season is a pain in the ass.  Doing it a few times to save seed isn't too bad, but every day?  Or even a few times a week?  For months on end?  Screw that.  If you're disciplined and motivated enough to do that, more power to you.  And when I bemoan my squash dearth due to the borers, you can giggle and poke fun at me as you eat your fried zucchini.  But that energetic and devoted I am not, so I just uncover and hope for the best.  By this time, my plants are usually big and healthy enough to withstand a borer attack long enough for me to get a good harvest.  You know how much zucchini produces.  By the time the borers take them down, I and my neighbors are usually sick of them.  And I'm not THAT fond of yellow squash anyway. 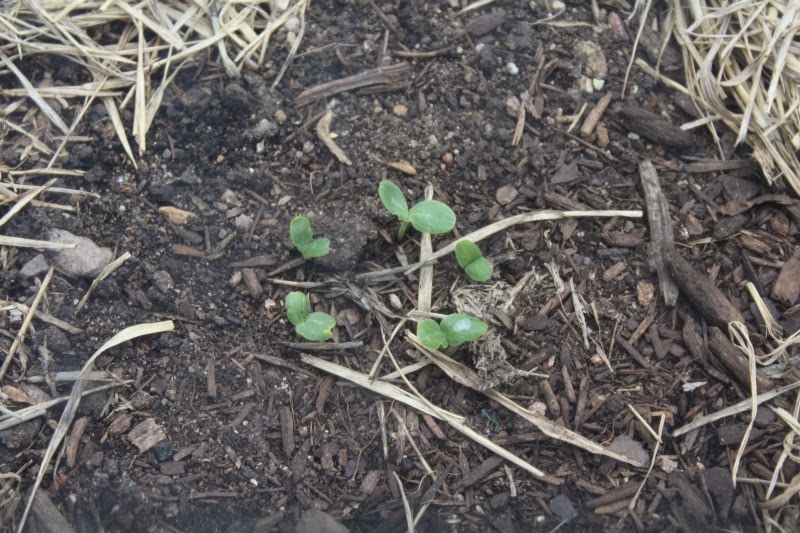 One other thing I've been thinking of trying, but have yet to get around to: planting some sacrificial lambs.  I've had a thought that maybe, if I plant some extra summer squash plants outside covers and pull them up when I see the borers, extracting the fuckers and merrily dispatching them, it may lessen the threat to the covered plants that are left.  Keeping in mind that reproduction is a biological imperative, I'm thinking that if the moths have somewhere easy to lay their eggs, they'll be satisfied enough and won't fight so hard to find a way through my covers.  If anyone tries this, or has tried this, let me know in the comments, would you?

What if you find borers in your squash plants and want to try to get rid of them?  There are a few ways to do this that I have used with varying success.

1. Injecting Bt into the stem: Just what it says - mix up a strong liquid Bt solution and inject it into the squash stem.  Since these assholes are caterpillars, the larvae of moths, Bt will work on them.  BUT they have to eat it.  You can't just sprinkle it on the outside and hope it will get to them - it won't.  So stop by a feed store, pick up some syringes with 18 gauge needles (they're BIG), mix up a solution of Bt, and inject it into multiple spots along the stem.  You won't know where they are, so just put it everywhere along the stem, every couple inches, all the way up to a foot or so from the base of the plant.  Repeat in three days.

2. Surgery: Slit up the stem lengthwise and remove the fuckers.  I've seen as many as six borer maggots in one stem, so don't stop at the first one.  Go up quite a ways, quite a few inches  if not an entire foot.  Once you think you've gotten them all, carefully close the stem wound and bury it.

Squash are fairly tough, especially when they're bigger, more mature plants.  They can usually take it.  This does injure them, so I'd give them plenty of seaweed to help them get over it.  And sometimes they don't seem to pull out of it.  But it's kind of like doing CPR - yeah, you break some ribs, but if you do nothing, the patient will die anyway. 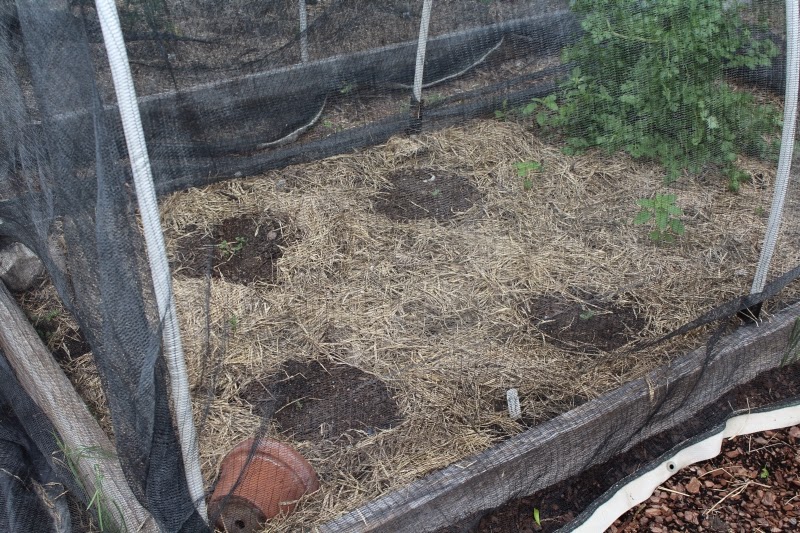 3. Impalement:  My personal favorite.  Stick some hatpins in the first foot or eighteen inches of the stem, all the way through, and leave them for a week or two, then remove.  I use fifteen or twenty pins per stem, inserting them every inch or so unless I feel a borer as I'm poking.  In that case, I'll add another pin there for good measure.

Yes, you can feel them sometimes.  You'll feel some resistance with a crunch when you go through the first stem wall, then it gets really easy to push the pin as it goes across the empty center, then resistance and a crunch when you hit the other wall.  When you find a borer, it's more like resistance/crunch-resistance/resistance-resistance/crunch.  Makes me smile every time.  "But Linda! How can you be so bloodthirsty?!  We are all God's creatures!"  Fuck that.  This is war.  ProTip: Count the pins before you put them in and write it down somewhere because you WILL forget how many you put in each plant, and believe me you don't want to find them later when you pull the plants out.  Not fun.  And painful.

So there you have it.  Everything I'd really like to say when I talk to a customer at work about these bastards, but can't.  (At least not in quite this way.)

I hope this helps you fight them successfully.  If not, I hope it at least gives you some comic relief and sense of camaraderie, knowing that you are most certainly not alone as you trod back to the house after your squashes' funeral and mix that bourbon and water.

Frass (shit) on outside of stem 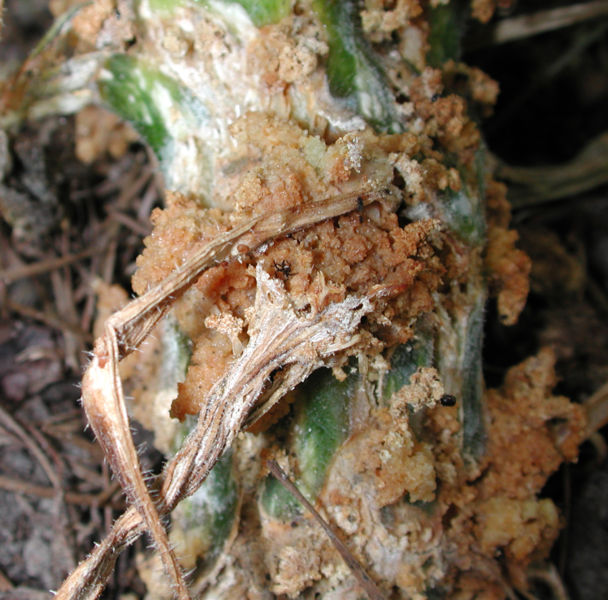 Two borers in a squash plant stem,
cut open to show them: 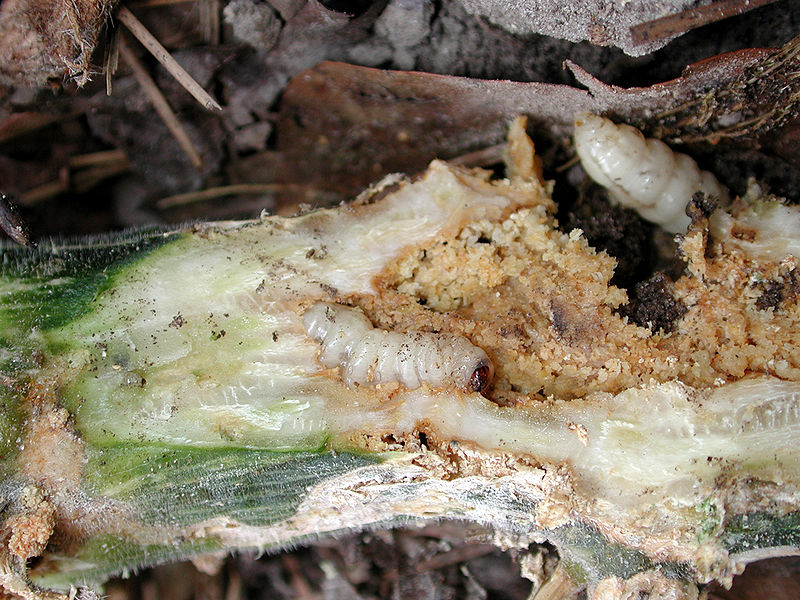 Wilting leaves in the heat of the day
(sometimes, if it's not too late, you can do
surgery at this point and save your plants): 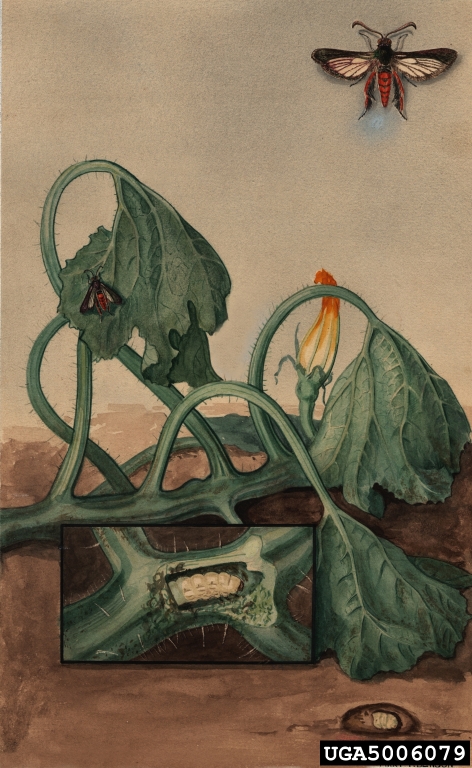 And another good article from ToxicFreeNC.org.

Identification photos above from Universities of Minnesota, Kentucky, West Madison, and Georgia, and Wikipedia (Wikimedia Commons).