For a month or so now, George and I have been covering the tomatoes and peppers when temps dipped near freezing.  I'd put big incandescent Christmas lights on them as well and I think that really helped a lot. 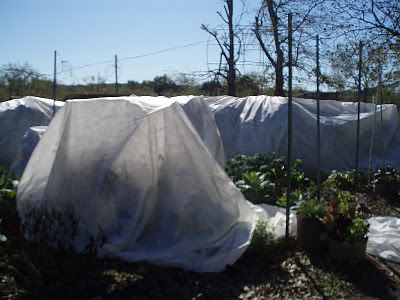 Twenty or so peppers and half a dozen tomatoes.  Not too many, but still a pain in the ass.  I was rather sick of it, so today we picked the peppers.  Now that they're sitting on the table all ripe and pretty, I'm thinking it was worth it. 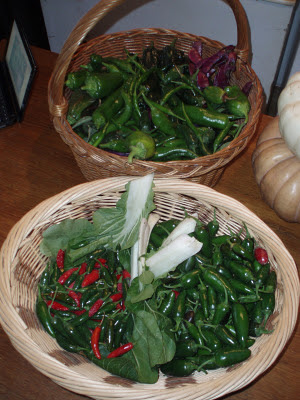 Also, I got a couple pumpkins from work.  I am in LOVE with the white one, but since they were just bought from HEB for decoration, no one knows what kind they are.  I'm pretty sure the cream one is Long Island Cheese, but I sure wish I knew the other.  I'll be saving the seeds even though they may be a hybrid or crossed.  Maybe I'll get lucky and grow the same pumpkin next year. 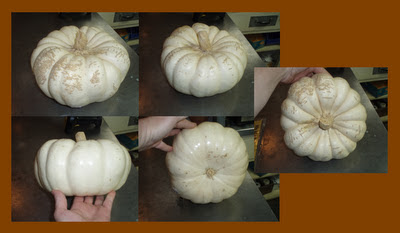 And two more pumpkins/squashes I'd love to know the type. 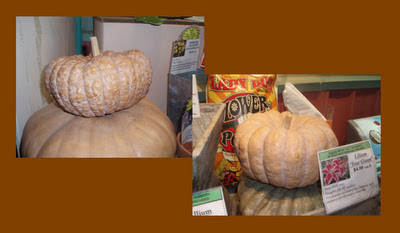 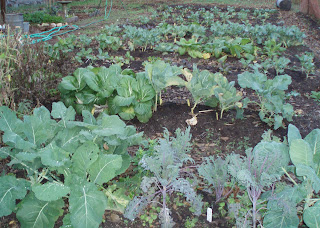 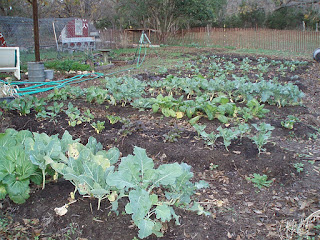 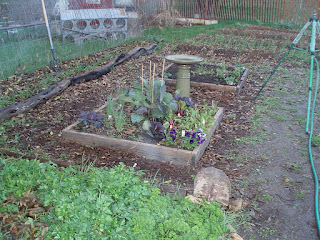 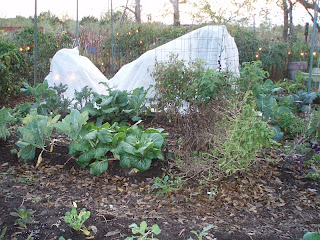 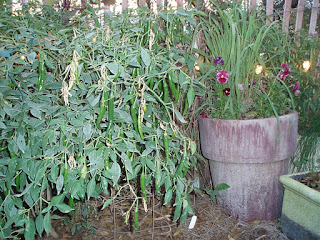 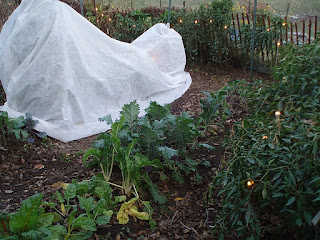 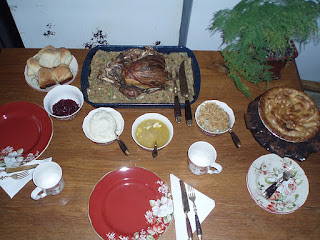