The bees now have a condo 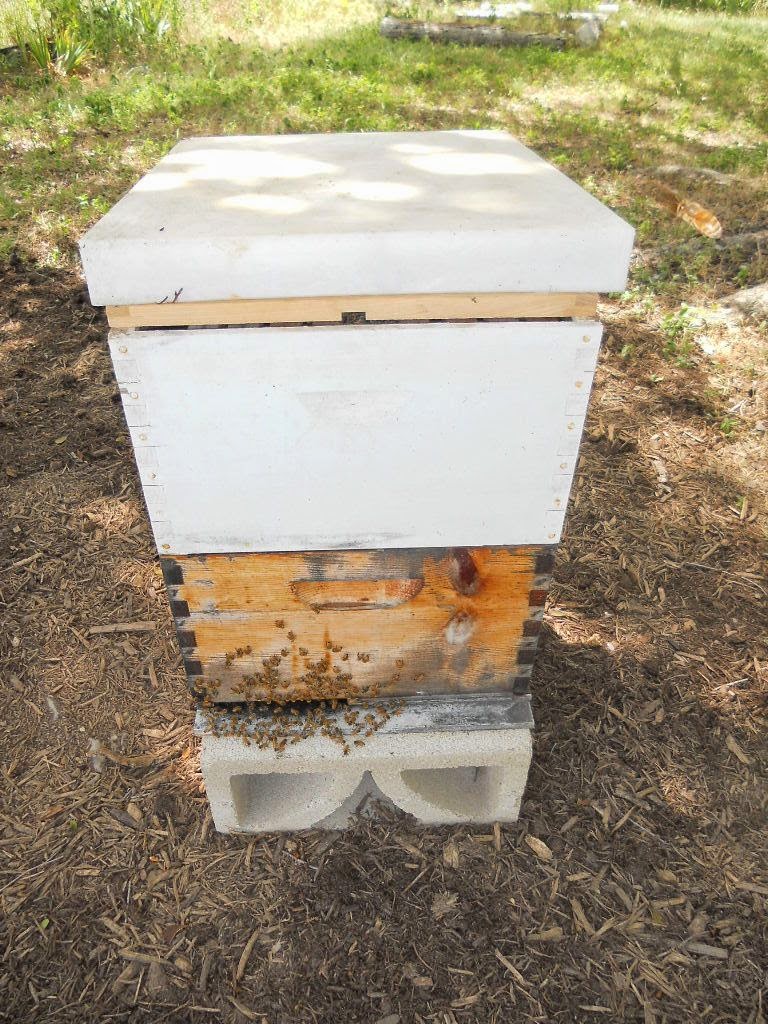 Worked the bees for the first time today and HOW MUCH FUN WAS IT!!!  I had a BLAST!  Yeah, I really think I'm going to like this beekeeping thing.  I remember liking it when I was a kid helping Daddy, but you know about childhood memories - they rarely live up to the hype when you revisit them.  But this time ... this time they sure did.

I woke up late, about 7:30.  I'd asked Rhonda to come over early so I could get this done while it was still cool out, and she got here about fifteen minutes after I woke up.  We had a little tea and coffee together then got to work.  I rounded up all my tools, handed her the camera and my big hat with the homemade veil, and out we went to the hive.

I got the smoker lit and got into my suit.  It would turn out that I really didn't need to be covered that much.  These bees are so gentle!  They didn't bump me at all, and I only got stung once on the thumb, and that was after I was putting the frames back together and you always squish some.  I don't blame them for being pissed.  And my smoker went out about then, so I couldn't calm them with it.  Despite all that, just one sting.  Nice. 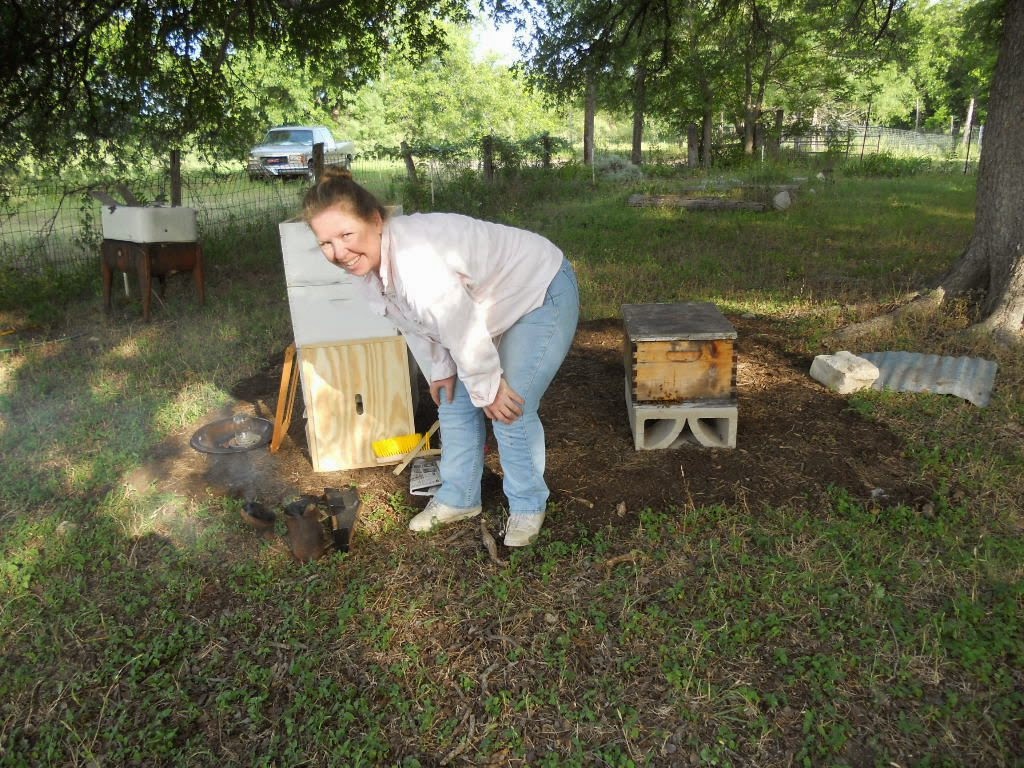 They tried to sting me a few other times, but not nearly as much as I thought they might.  I'm confident now that I can work them with just a veil, gloves, and long-sleeved shirt.  One of these days I just might be one of those crusty old beekeepers who works them without anything on.  ... I mean bee gear.  (Au natural beekeeping. Now that would be something.)

I was able to carry out all my plans - get the frame feeder out, inspect all the frames, put more empty frames in the box, and put another box on top.  It went so smoothly and only took about half an hour.  And I was right - they were so out of room.  I should have done this last week.  Bad Beekeeper Linda. But now they have lots of room, an entire box full and then some. 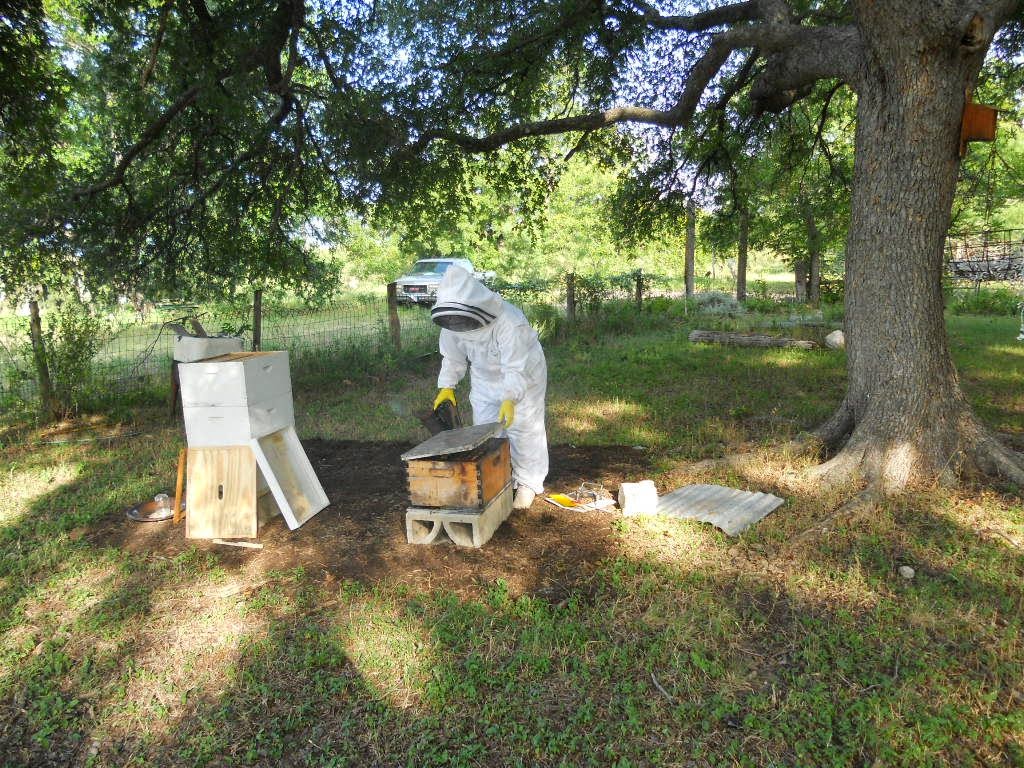 I would have loved to see the queen, but it's not uncommon to not see her, so you look for eggs.  If there are eggs in there, there's a queen.  I couldn't see any eggs, but that's probably because I forgot my glasses in the house, so had to use Rhonda's and they're not as strong as mine.  I was also having a hard time seeing how much brood was in the frames, but thank goodness for Cameraman Rhonda.  She got some really good pictures that, once downloaded, really show how much brood is there.  Relief.  MUCH relief.  The queen is either still in there or at least was last week for sure.  I'll check on them again next week and remember my glasses this time.  If no eggs then, that means no queen and I'll have to get another, but that's not likely.  I think she's in there.  I just missed her.  I need to practice finding her. 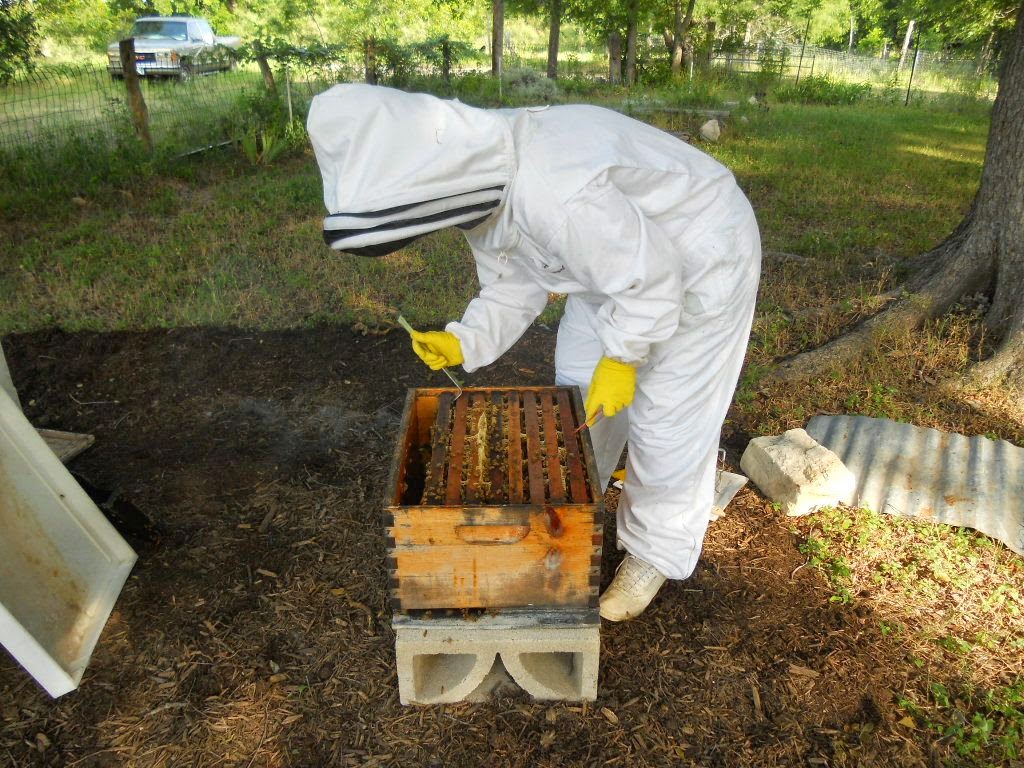 I went out there later in the day and they were back to being their so-calm-I-can-walk-right-up-to-the-hive selves.  So I did.  And took some more pictures.

I also brought them an "I'm Sorry" gift - two hummingbird feeders full of sugar syrup.  I took the little tray-covers off the bottoms so they can get right down into the syrup.  Nomnomnomnom.  I hope they like it.

7:30 update: Only a handful hanging around the front door,
not too many more than what's in the pictures here.
I'm glad they're more comfortable now. 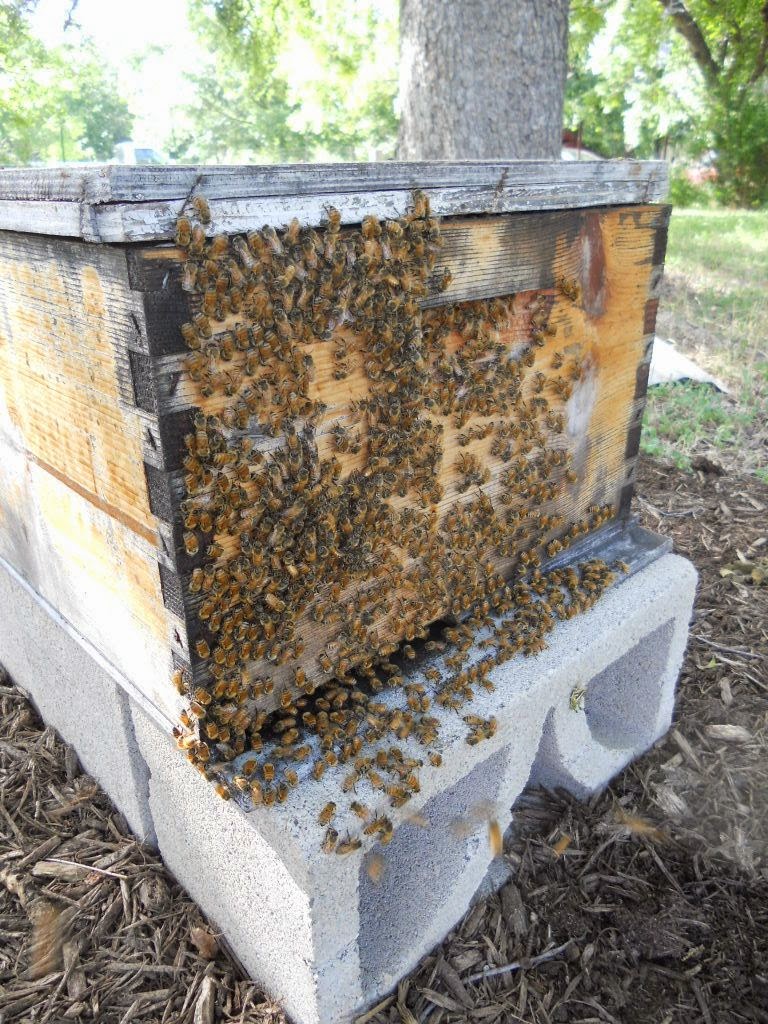 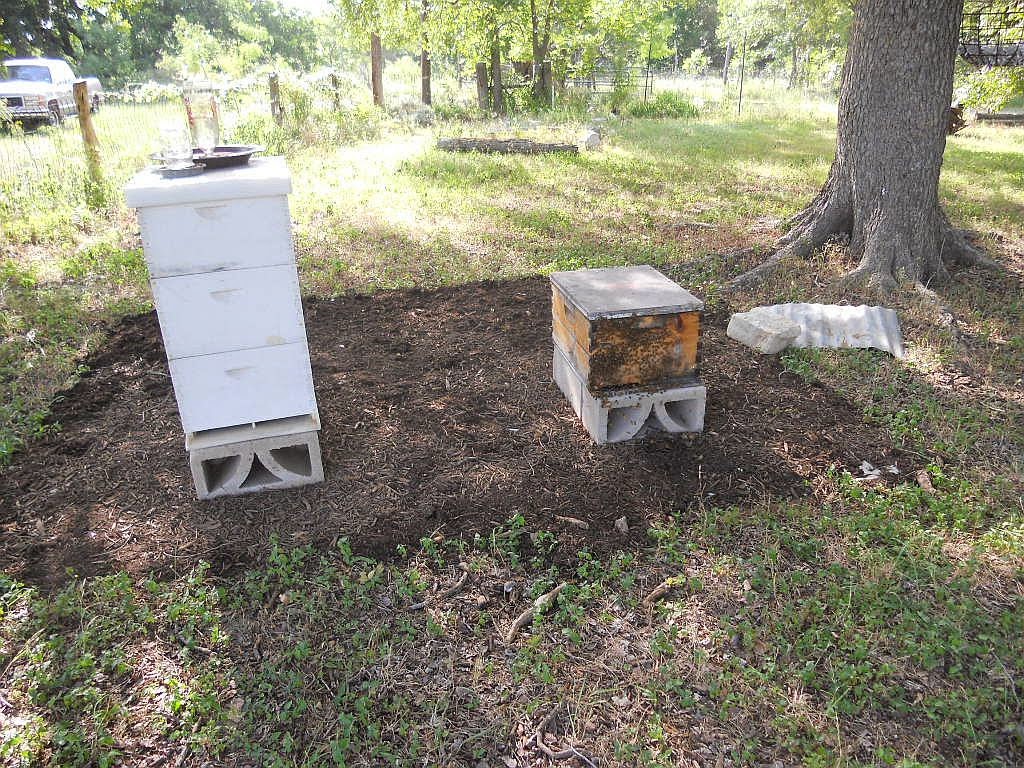