Since it's Christmastime, I thought I'd try a sort of fruitcake.  The one I chose is called Kentucky Christmas Cake.  I made it the same week I decorated and took it to work and it was kind of dry.  I think next time I'll do the traditional "feeding" - cooking it a month or more ahead of time and pouring whiskey or bourbon over it every week.

I also made homemade marshmallows to top it with.  I was aiming for a "naked cake" look; stacked, un-iced cakes.  Then have the marshmallows running down the "mountain" like snow.  In order to do that, I had to work quickly, putting a bit in between each layer, stacking it, then pouring it down the cake from the top down.  It didn't quite turn out like I'd hoped, partly I think because I didn't work quickly enough and they cooled off too much to run down the cake really well, but I still liked it a lot. 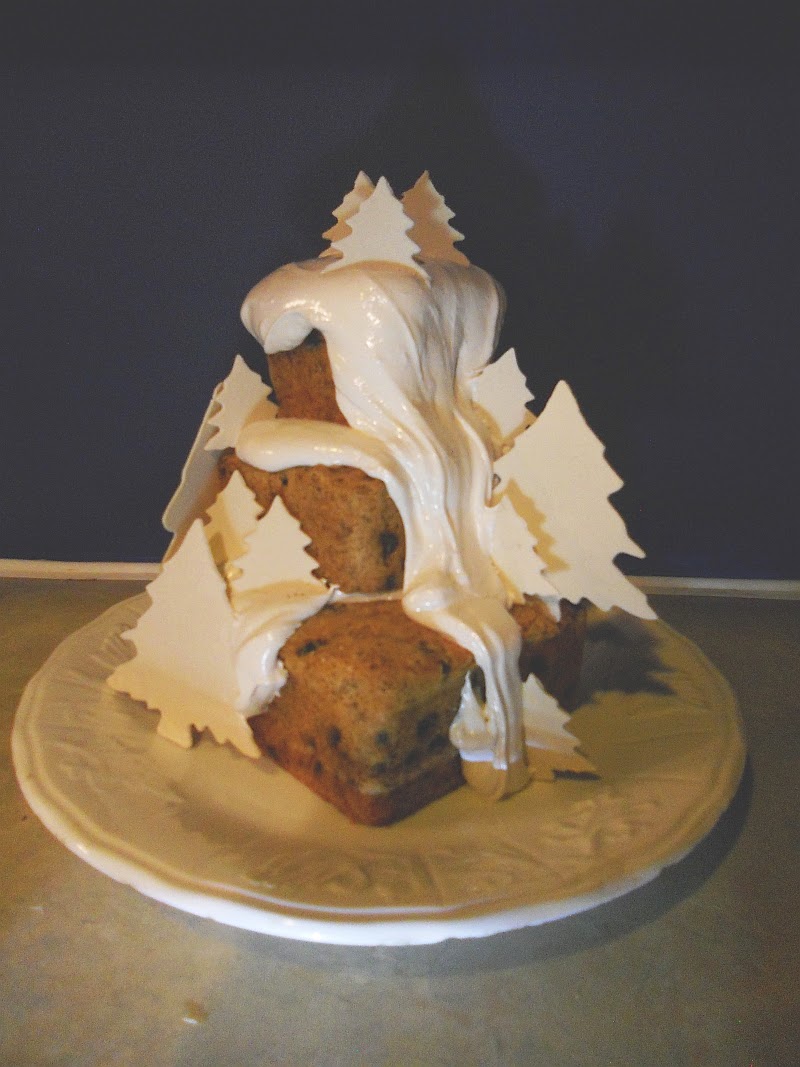 Preheat oven to 325°.  Grease and flour a 10" tube pan, or two 8" cake pans.
Soak the nutmeg in the whiskey for ten minutes.  Stir together pecans, raisins, and ¼ cup flour.  Set aside.

Cream butter and sugar together until fluffy.  Add eggs, one at a time, until well incorporated.  Fold in remaining flour, along with cream of tartar, baking soda, salt, soaked nutmeg, pecans, and raisins/sultanas, until well combined.

Spoon into prepared pans and bake for one hour and fifteen minutes, or until cake pulls away slightly from the edge of the pan.  Let stand in the pans for 30 minutes, then turn out onto cooling rack for complete cooling.


Homemade Marshmallows
from The Barefoot Contessa

Combine the gelatin and 1/2 cup of cold water in the bowl of an electric mixer fitted with the whisk attachment and allow to sit while you make the syrup.

Meanwhile, combine the sugar, corn syrup, salt, and 1/2 cup water in a small saucepan and cook over medium heat until the sugar dissolves. Raise the heat to high and cook until the syrup reaches 240 degrees on a candy thermometer. Remove from the heat.

With the mixer on low speed, slowly pour the sugar syrup into the dissolved gelatin. Put the mixer on high speed and whip until the mixture is very thick, about 15 minutes. Add the vanilla and mix thoroughly.

Turn the marshmallows onto a board and cut them in squares. Dust them with more confectioners' sugar. 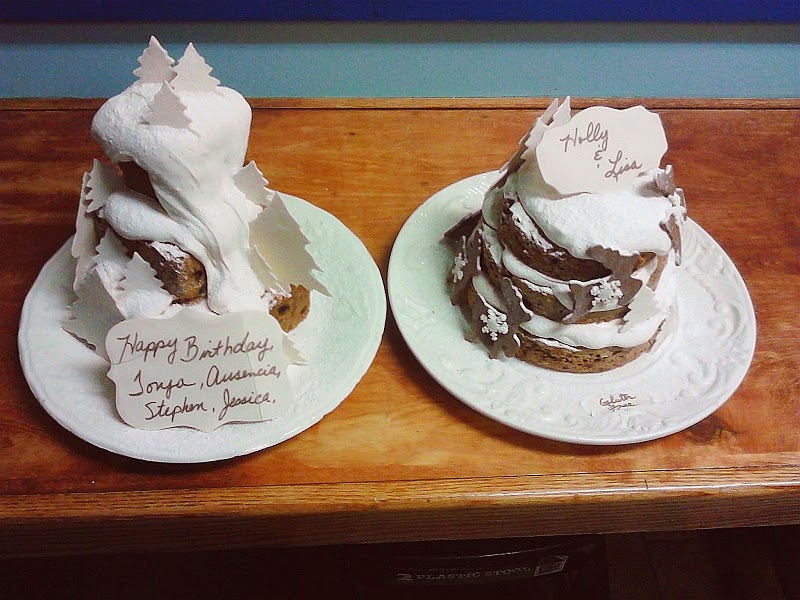