I love marshmallow fondant!  It's easy to make from materials that don't cost much, really dresses up
a cake, and tastes pretty darn good, especially when compared to store-bought.  That stuff's nasty.  One of these days, I'll learn how to make my own marshmallows so it'll taste even better, and I can avoid corn syrup and all the other nasties in regular marshmallows.  But until then, I'll keep using this recipe: 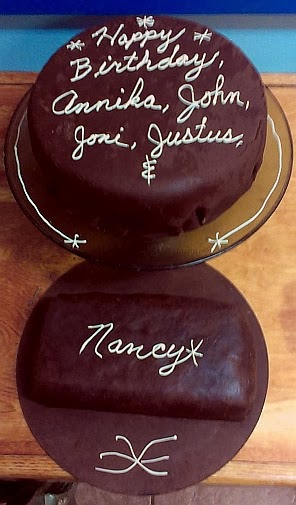 Marshmallow Fondant
1 16 oz. package marshmallows
2 or 3 Tablespoons butter
3 to 5 cups sifted powdered sugar
1 tsp vanilla (optional)
Note:
For snow white fondant, substitute a clear oil such as coconut for the butter, and leave out the vanilla unless it's clear as well.

Melt butter in a 3 or 4 quart cooking pan over medium heat, rolling pan until butter covers then entire bottom and sides.  Add marshmallows and stir until melted (it may take a while).  Remove from heat and sift in sugar one cup at a time, stopping when it becomes like a firm ball of bread dough.

Cover your counter with some butcher paper if desired, wax side up.  Cover your hands with a health amount of coconut oil, rubbing it all over the butcher paper or counter as well.  Turn out the marshmallow "dough" onto the prepared paper and roll out to 1/8" thickness, adding more oil as needed.

If the fondant is sticky yet firm and stretchy, or is dry and breaks/cracks, add more oil.  If it's sticky and gooey, add more sugar.

When I first started making this, I used a LOT of powdered sugar since the recipe called for it.  It also said to keep adding sugar if it got sticky.  All that sugar did was make it dry, so dry that it would crack and break.

Sometimes that made happy accidents, such as with the dark brown cake above.  I wanted to cover that peanut butter cake with chocolate fondant, so I kept adding cocoa and kept adding cocoa (instead of powdered sugar), thinking it would help the stickiness I was encountering since the cocoa was dry like sugar (I was still believing in the original recipe).  It just kept breaking into pieces, so I stacked them and rolled them, leaving the lines from the cracks so that it looked like leather.  Neat. 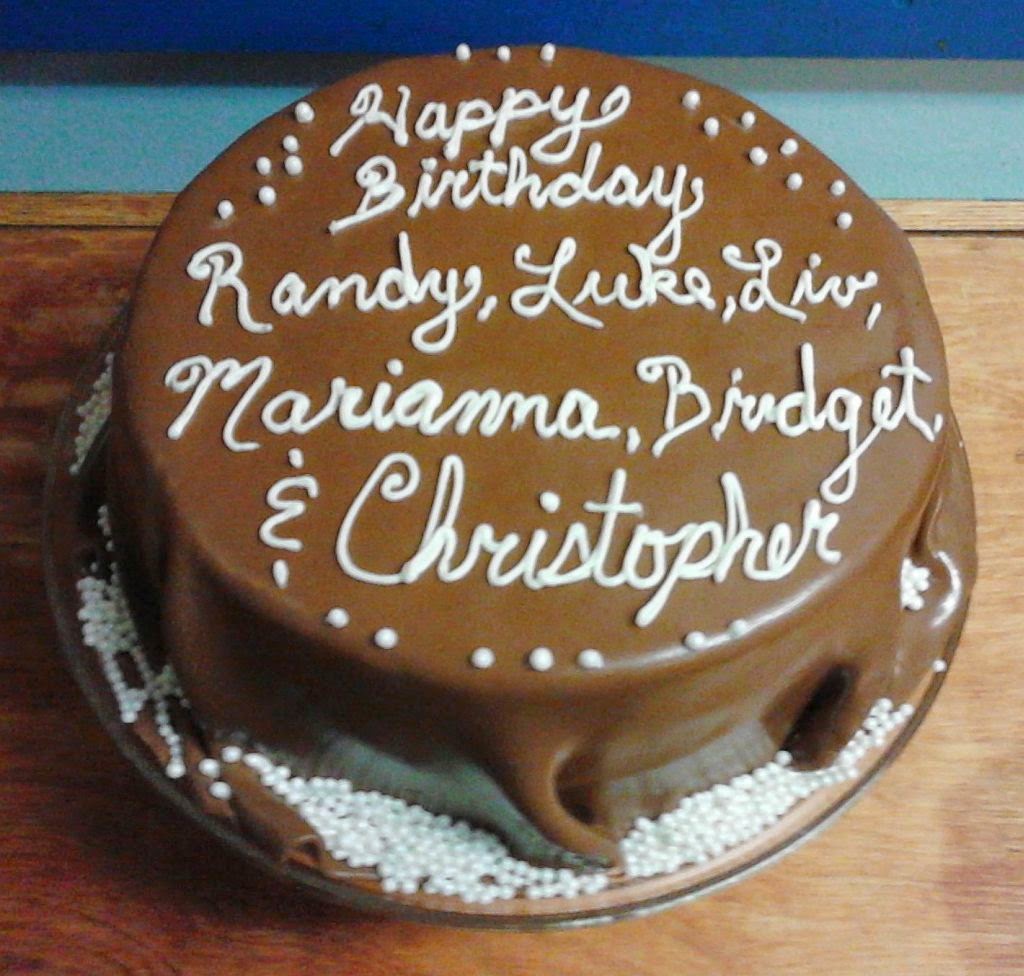 That fondant was leftover from the fondant I used to cover the gold cake above.  For that one, I followed the original recipe that called for a lot of sugar.  Because it was so dense, I wasn't able to roll it out very thin.  It ended up fairly thick.  You can see how thick if you look closely at the triangle cutouts surrounding the base on the sides.  Those were cut from the same fondant.

It wasn't what I'd call bad tasting really, but the marshmallow flavor did kind of overwhelm the cake flavor because there was so much of it.  I switched to peeling off half of the fondant before taking a bite and it was much better.  (Btw, I used Wilton gold dust and lemon extract to paint it on.  Lemon wasn't the best flavor with the chocolate, but it was all I had on hand. I've since bought a bottle of everclear for painting since it evaporates completely.) 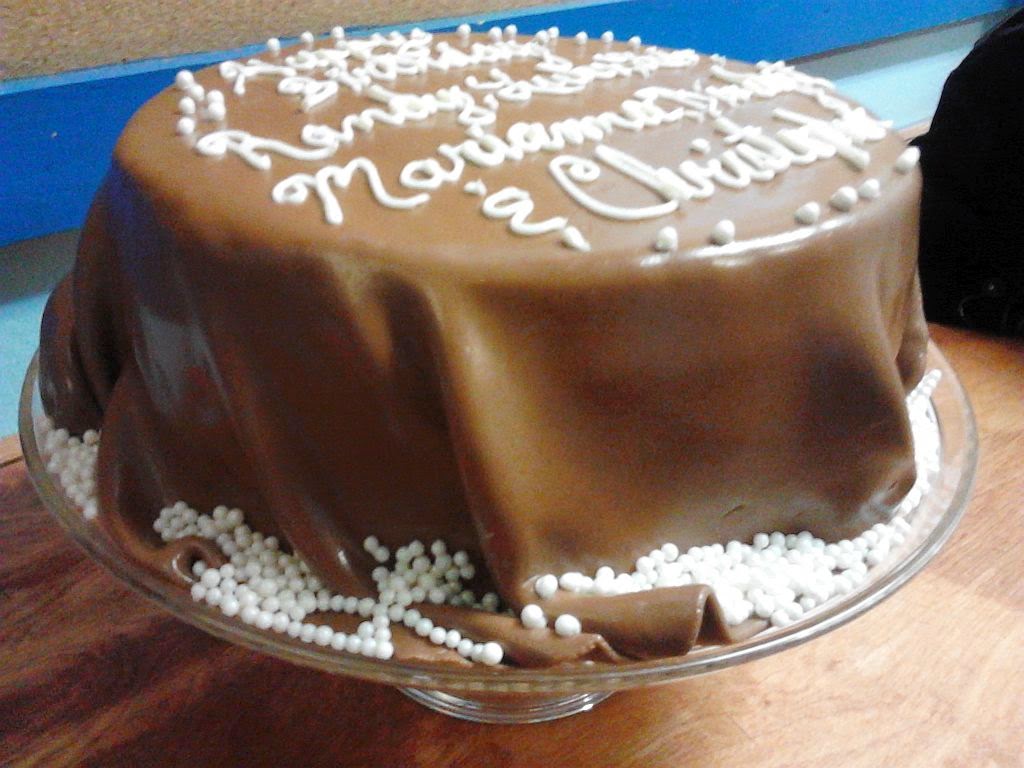 For the lighter brown cake just above and to the right, I also covered it with some previously-frozen white fondant with cocoa kneaded in.  This time I did things a bit differently, adding "wet" and "dry" both as I kneaded.

I covered my hands in a generous amount of solid-at-room-temp coconut oil, then rubbed it over the entire blob of fondant.  I started kneading it, dipping into the oil and adding more to the blob as I went.

Once it was well-softened, I spread it out into a flat blob about 8" across and topped it with a good bit of cocoa, maybe 1/4 cup or more.  Then I folded it and kneaded it, folded and kneaded, until the cocoa was worked in.  I kept this up, adding more oil and cocoa as needed, 'til it was as brown as I wanted and the color was even. 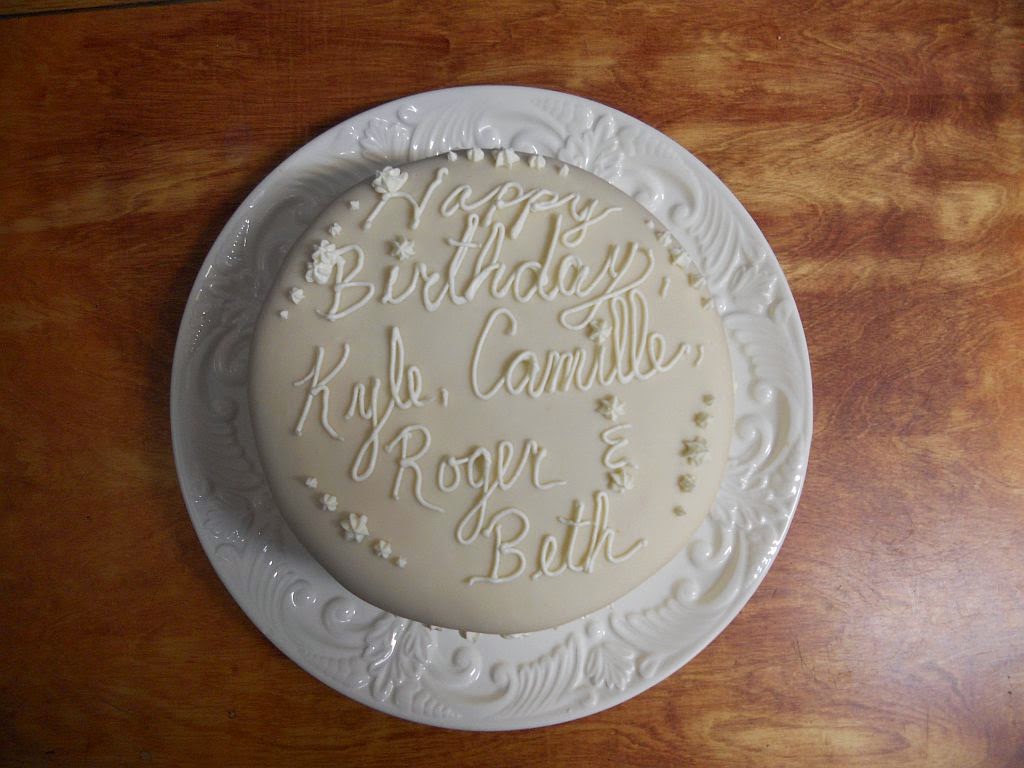 Once I started rolling it out, I noticed it was much easier than it ever has been, and I was able to get it thinner than I ever have.  I'm thinking the extra oil was the answer, though I may have gone a bit overboard with the oil.

With the oil and thinness, it was harder to pick up.  If it touched any part of itself, it stuck firmly.  I carefully pulled it off the paper, holding it with both hands, and draped it over the cake.  All those beautiful folds in the cake?  Just happened that way!  I love it.  It's never done that before.  It was a bit shiny, too - not sure that would work on other cakes, but it did on this one. 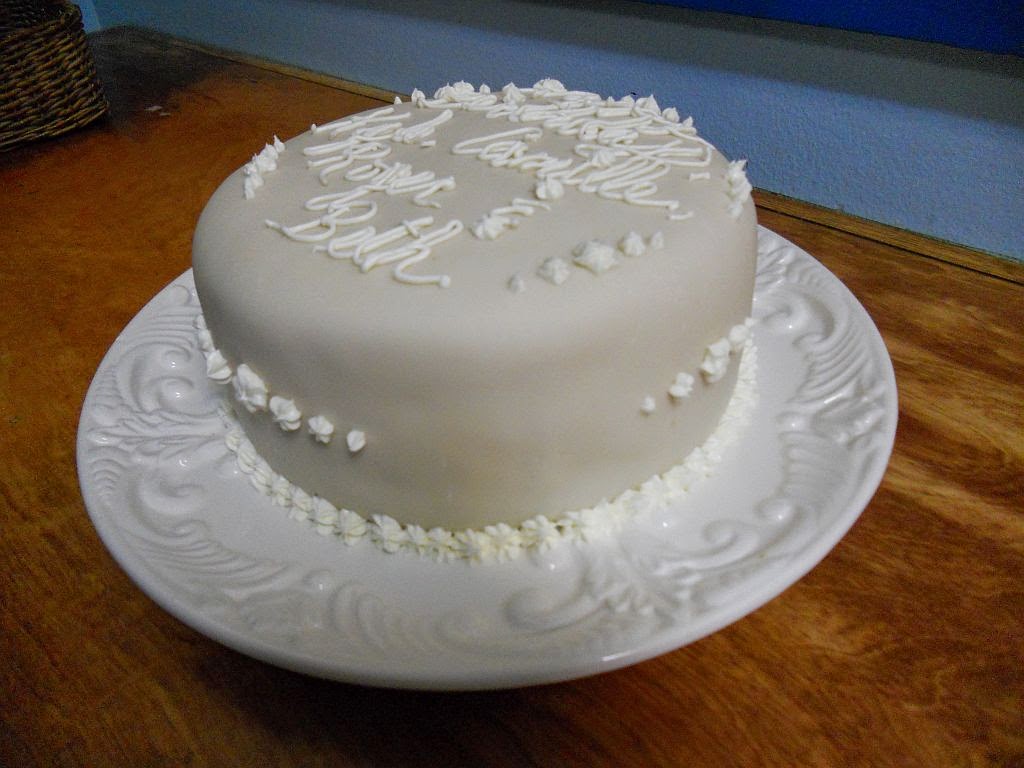 The white cake above and below was covered with fondant with a teaspoon of regular vanilla mixed in.  It makes it an attractive creamy, beige-y off white.  I like how that makes the snow white cream cheese icing really pop.  Also, I think I got the "wet" and "dry" additions while kneading about right on this one.

I think one of these days I'll experiment with coloring more.  Maybe I'll try kneading in a LOT of tumeric.  I think I'll also try beet juice, probably with extra sugar to counteract the extra moisture in the juice, though will probably try this on a small amount as I'm thinking it might make it too sticky.  And then maybe I'll try spinach for green.  Wonder what that'll look like.  And blueberry juice, and cherry juice, and ... and ...

Or I'll just learn to paint.