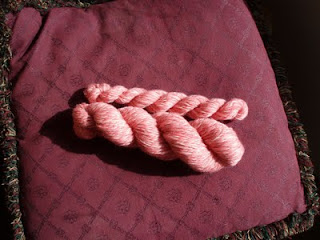 I just realized that, despite blogging off and on for a couple years now, I don't have any posts about knitting or spinning.  It's probably because I haven't really been doing a lot of either.  I tend to do these things in cycles. 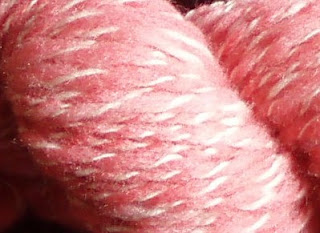 I don't do any of them with any regularity except gardening, though knitting and spinning do get paid more attention than the others.

With all the websites getting hacked recently, I decided it prudent to close those website accounts I don't really use much.  This included my Flikr account (I much prefer Picasa now).  There were a lot of pretty pictures there of my spinning and knitting that I hadn't seen in a while.  I'm rather proud of them, so I thought I'd share some here. 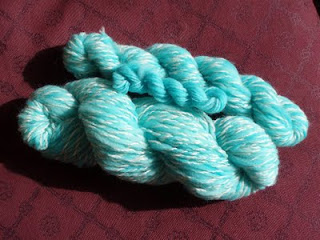 Rather than making one massive post, I think I'll break it up into a few.  This one is about KoolAid dyeing.

Yes, you really can dye things with KoolAid.  You just boil the water, turn off the heat, mix in the KoolAid, then add whatever it is you want to dye and wait for the water to turn clear signaling that all the dye has been taken up.  Be sure to soak the item well in water beforehand, and stir it around to ensure even absorption of the color.  If you don't, you'll get a marbled effect, but that really can be quite nice in itself.  So if you want that, just put the item in the water gently when it's dry and don't stir. 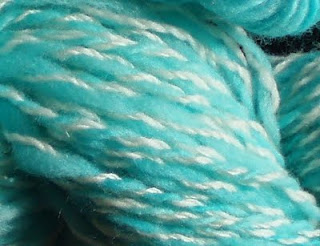 The pictures here are all of yarn and things dyed with KoolAid.  I wish I would have made better notes on which kind I used.  Best I remember, I used Tropical Punch, Black Cherry and Blue Raspberry for these items. 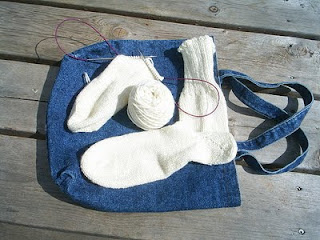 I dyed the fiber before spinning.  That's where the old saying "dyed in the wool" came from, meaning from the beginning, before the beginning actually, an intrinsic part of the thing.

I remember having fun watching the color of the fiber change as it ran through my hands, getting a bit lighter as small amounts of the fiber was pulled off the main hunk and twisted.  I also remember the pleasant smell coming off it as I worked. 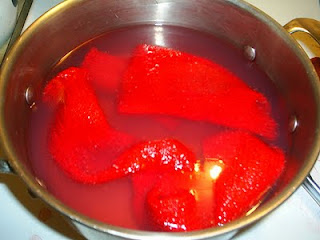 We didn't really get much KoolAid when I was a kid, instead drinking water, milk or juice made from fruit we grew or wild-harvested.  So no childhood reminiscences here.  But it was still nice.

I noticed that the colors went so well with the natural color of the wool I was using, so I decided to ply them with a strand of white.  This had a nice side effect of stretching the dyed wool so I was able to make much more of it yardage-wise. 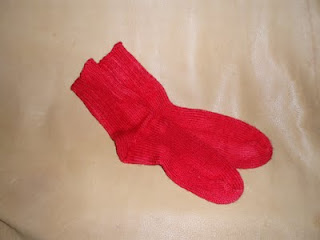 I've also dyed already-knitted things with KoolAid.  The last three pictures are of some socks I knitted, then dyed.  I don't remember which color this was ~ maybe Tropical Punch again?
They turned out really well.  Bright red, and how! 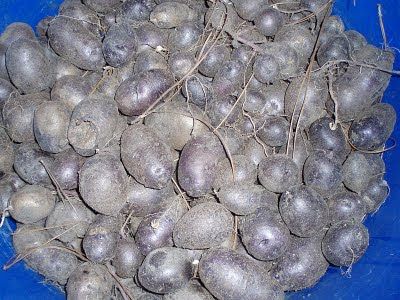 I planted four pounds and it looks like four times as many, but weighing them on the floor scales says we only got ten pounds total.  I've long thought those scales lie.
No comments: 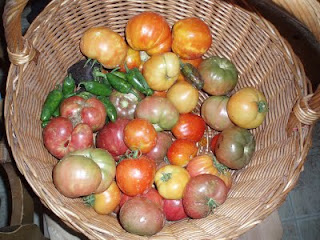 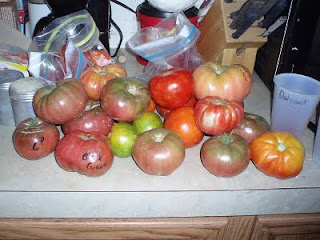 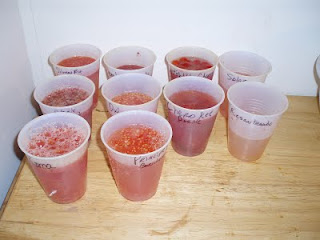 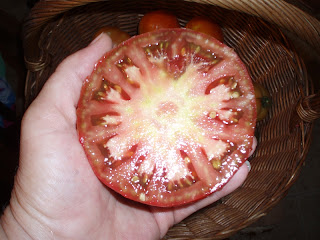 Principe Borghese ~ Flavor: nothing special and kind of bland.  Supposed to be delicious when dried, so I'll try that with the next few.  Didn't produce too many, but this plant was one of the last I put in.
No comments: