Sometimes it sucks being a grown up

A few days ago, I came home to this: 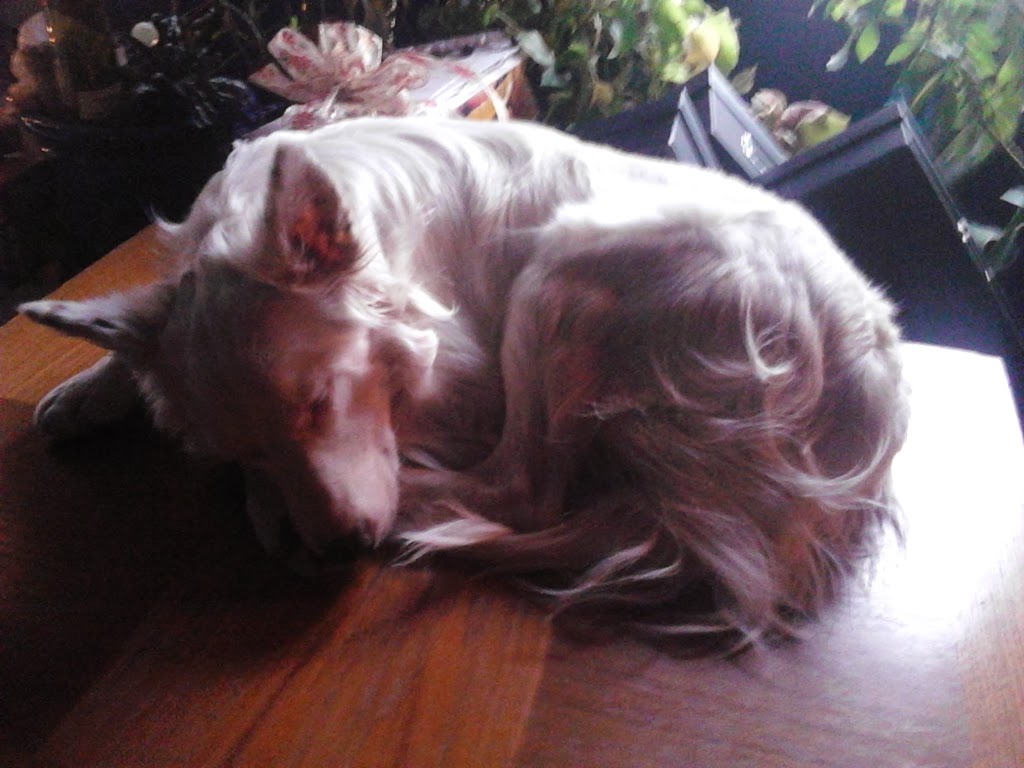 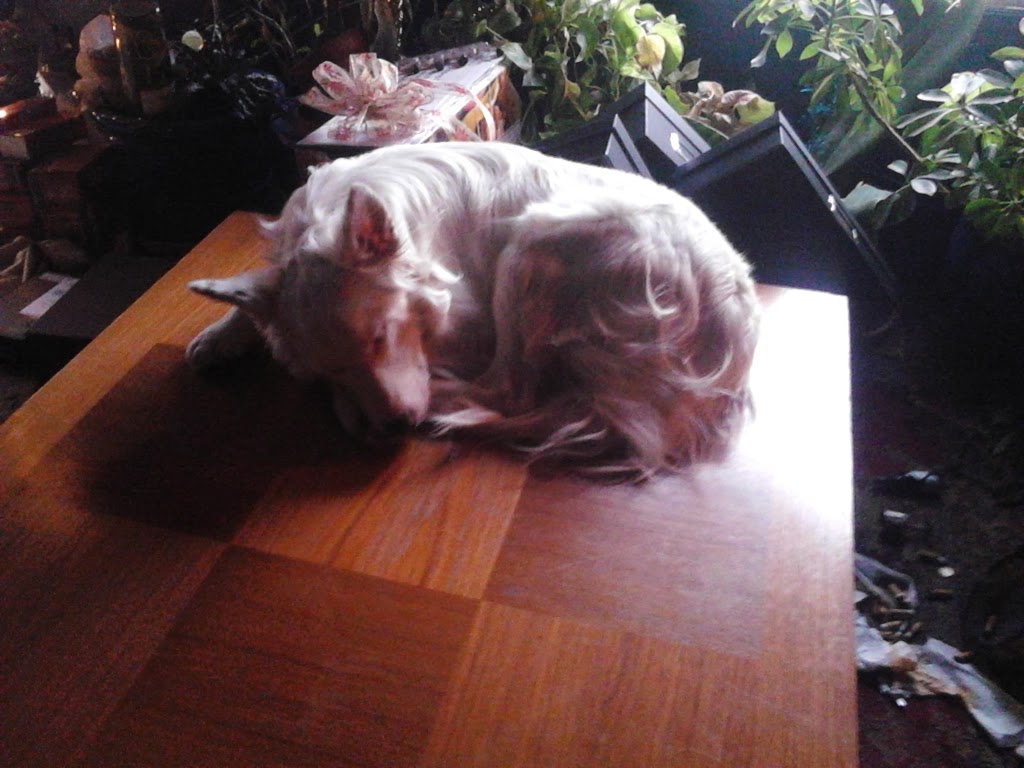 Oblivious to everything going on around her - Nellie barking loudly to greet me,
me banging in through the front door, groceries in hand, heading for the kitchen. 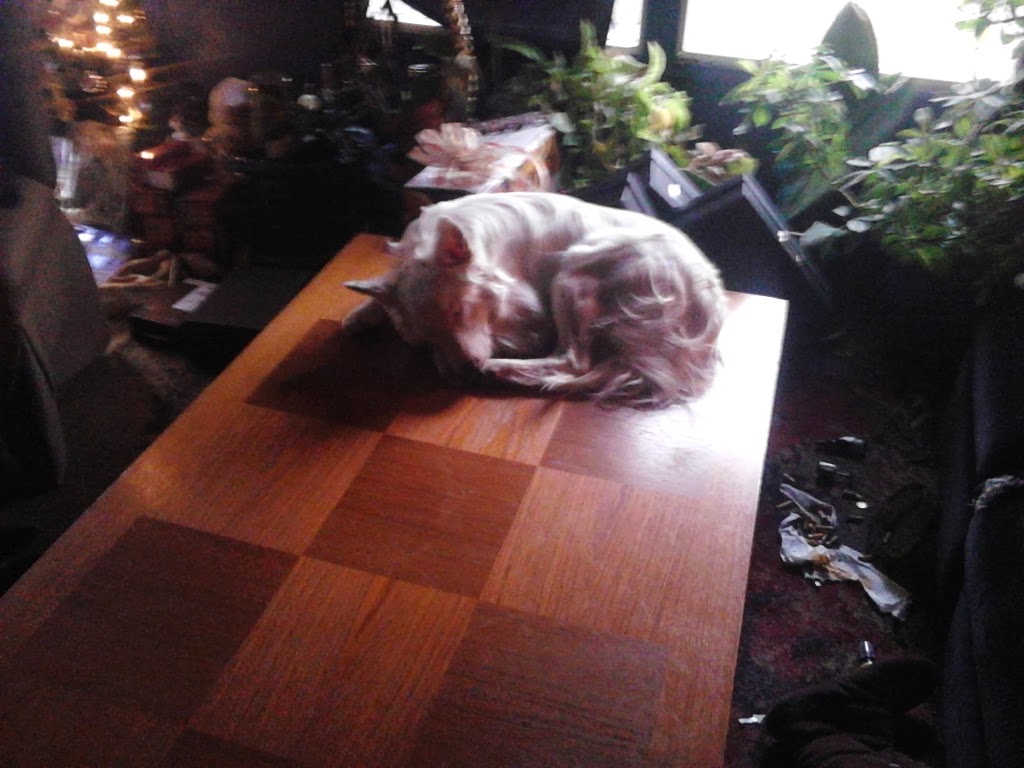 Just laying there so peacefully... 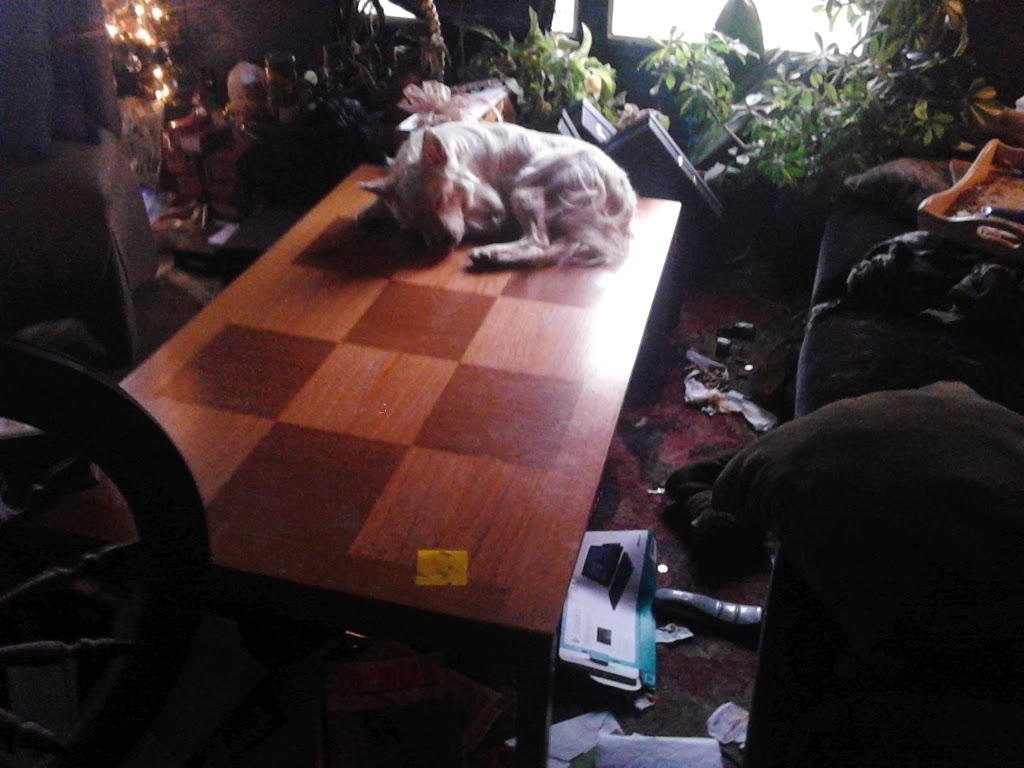 ... because the little bitch was worn out.
See all that stuff on the floor?  All those things streaming from the couch, around the end of the table, in front of those chairs, then almost out the front door?
It WAS on the coffee table.
Yeah.

I like how she carefully pushed those black boxes off the far end so that they all landed on their sides.

When I agreed to take her, it was with the understanding that I could give her back if it didn't work out.  I've lots of experience with dogs.  I also have experience with working dogs, of which she is one.  I know how to be calm and assertive to bring out the calm and submissive in her.  I also know that the sense of hearing is the least important to them, so her deafness is more of a concern for me than for her (And man, is she ever deaf - never even stirred a bit when I came home that day.  I had to touch her gently on the back foot to wake her.).

But I don't have the amount of time she needs.  I spent lots of it walking her, desensitizing her to shadows and light, putting a stop to the fights between her and Nellie, fights I know were caused by her insecurity.  I spent even more time trying to build self confidence in her so she would quit being so scared of everything.  I walked her some more, up and down the front drive, Nellie with us on her own leash.  I got all "Dog Whisperer" on her, making her face her fears while being there for her, massaging her when she would give in and calm down, showing her that facing her fears was a good thing, that relaxation came after.  I built trust in her so that she would look back to me periodically, even when she was running in the pasture chasing something exciting, so she would see the hand signals I was teaching her.

But she needed more time than I had to give.  Day after day it was a new obsession.  We would work our way through one just to have another pop up.  After beating my head against that wall for a month, I finally realized I wasn't doing her any favors.  I think that came to me about four in the morning one night, when she started her new trick - standing on that coffee table and barking at her reflection in the front window.

I can't say I'm not relieved after giving her back.  Bill loves her and hated giving her up in the first place.  He has too many dogs already he said.  But he sure was happy to see her again when he came to get her, carrying her out to his truck, giggling and talking to her all the while.  Methinks he's decided he doesn't have too many dogs after all.

But I'm still going to miss her.